The water requirement is not that great. Always keep the soil very moist and to ensure that, water it about once a week. Less often in winter.

Place the Anigozanthos in a warm and sunny place. In a place that is too dark, it will not flower and will lose the plant. In the summer he can also stand outside, but get him back in time, because he abhors cold.

Give the Anigozanthos during the spring and early summer every 2 weeks some plant food during the casting.

Given his dislike of too much water in the pot, it is handy to add some sand to the potting soil when repotting. Then the drainage is better. Do this once every 2 years (preferably in the spring) and, if necessary, also provide him with a larger pot size.

No pruning is necessary; remove brown leaves all year round to avoid rotting, cut off dead branches. The flowers have a long shelf life and are also suitable as cut flowers.

The plant can be affected by the ink spot disease. The infection is caused by a fungus and initially manifests itself with black spots on the leaf, which quickly turns black and the leaves die off. If a copper-containing agent (copper oxychloride) is not sprayed in time, chances are that the root system will also be affected. Remove affected sheets as quickly as possible. A place in the full sun in a sheltered and dry place is best to prevent the damage. Many of the new cultural varieties are highly resistant to the ink spot disease.
Snails are big fans of the leaf of a kangaroo leg. Remove the snails as quickly as possible and sprinkle an anti-snail remedy. 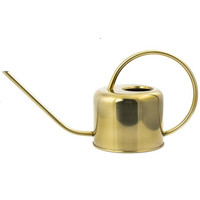