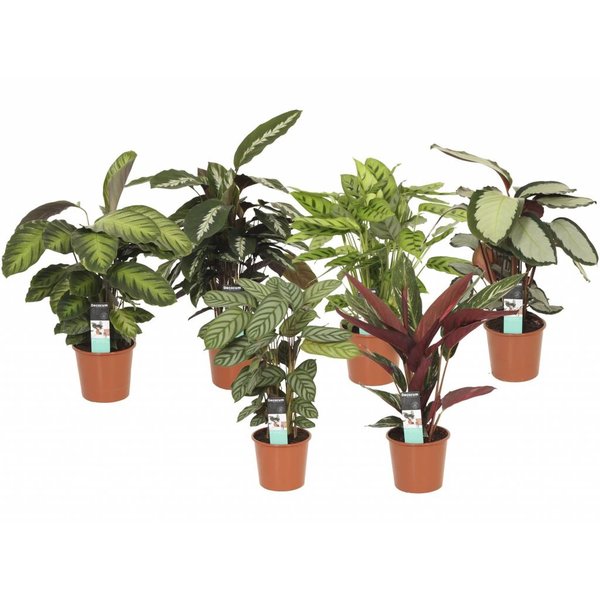 The calathea is decorative and very air-purifying. The Calathea is a very decorative plant and has a wide variety of different colors and shapes of the leaves. Price is per piece!

The Marantaceae is a plant family that occurs in the subtropics, in particular the jungle of Brazil. The plants grow in the wild like shrubs, which can easily reach a height of a few meters. It is family of the banana plant. Among the native population, the Marantaceae family is also known for its nutritional value: the roots are edible. The large leaves of the plants lend themselves again to the roofing of huts. It is obvious that the Marantaceae also has a medical significance. The plant family owes its name to an Italian doctor, Maranti, who already wrote a standard work in the sixteenth century on the medical properties of flowers and plants.

The decorative leaf is characteristic of the Marantaceae. It is mainly the leaves that determine the attraction value of the plant. The cultivars have very different leaf colors and grain drawings. The colors range from silver, white-pink to various shades of green.
The most important genus of the Marantaceae family is the Calathea. There must be many dozens of varieties, but many species have not yet been discovered in the often impenetrable jungle. On average, 15 varieties are grown by our supplier. The range also changes regularly.

I ordered a number of plants which took about a week to arrive. The first thing that struck me was how well they were packaged, the plants are fastened securely with tape and elastic. Some smaller ones had come loose and were upside down in the box which led to some damage, but the 6 larger plants are all in perfect condition and excellent quality. Considering the delivery was €15 and I ordered 2 large boxes, I think it was excellent value. A stand out was the Philodendron royal queen, which is stunning. I’ll definitely be ordering from this site again.
Pros:
Quality of the plants
Excellent packaging
Prompt delivery

Excellent and a pleasure to order from
Sterke punten:
Great customer service

4.8 stars based on 9 reviews
Add your review 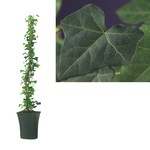 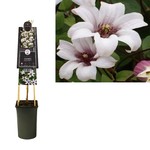 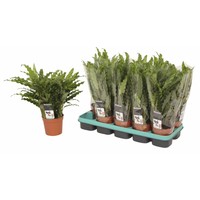 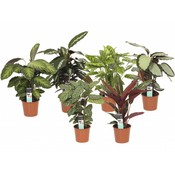 The calathea is decorative and very air-purifying. The Calathea is a very decorative plant and has a wide variety of different colors and shapes of the leaves. Price is per piece!