The Calathea Wavestar is a very decorative plant and has a wide variety of different colors and shapes of the leaves. In addition to the living room, of course, it fits perfectly in dark locations in the house, such as in the hall.

As mentioned, the Calathea Wavestar can be kept well at home. This plant will color the house in places where other plants do not like to be.
In addition to the living room, of course, it fits perfectly in dark locations in the house, such as in the hall.

The Calathea Wavestar is best served at temperatures between 15 and 23 degrees.

The Calathea Wavestar is a shade loving plant and does not like sunlight.

Give the Calathea Wavestar a splash of water twice a week.

The leaves of the Calathea Wavestar are not edible.

The Calathea Wavestar has a special feature: the leaves close when the amount of light decreases. The plant therefore has a day and night rhythm, which has earned it the nickname of 'living plant'. The closing of the leaves is also audible, with a rustling sound.

The Calathea Wavestar is a very decorative and air-purifying plant.

The plants are beautiful, arrived safely and extremely fast! Thank you
Note: the plant was Calathea Triostar, 21 cm

4.65 stars based on 6 reviews
Add your review

The most beautiful ornamental grasses and other plants especially for the garden!

The sun will shine again in the coming days, ideal for enjoying the garden. For this we have made a collection with the most beautiful ornamental grasses especially for the garden!
view the page! 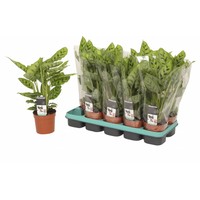 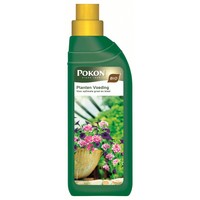 The Calathea Wavestar is a very decorative plant and has a wide variety of different colors and shapes of the leaves. In addition to the living room, of course, it fits perfectly in dark locations in the house, such as in the hall.