New brand! ROOTLESS are succulents. And the name says it all: a ROOTLESS succulent has no roots. The plant consists of only a rosette. The moisture is stored in this heart of leaves. So you never give a ROOTLESS too much or too little water 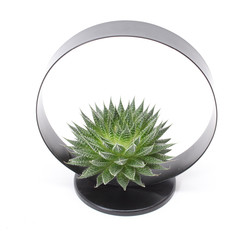 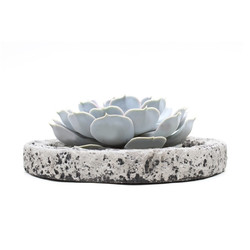 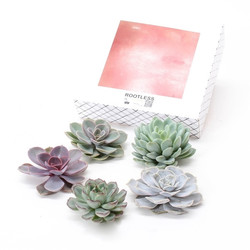 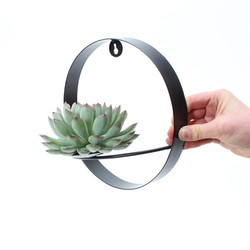 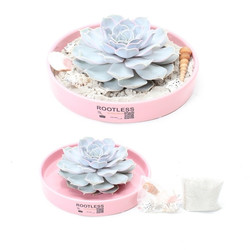 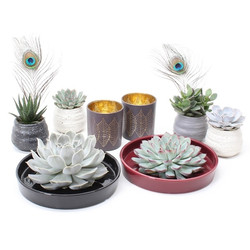 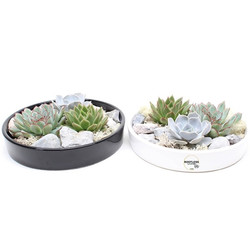 ROOTLESS are succulents. And the name says it all: a ROOTLESS succulent has no roots. The plant consists of only a rosette. The moisture is stored in this heart of leaves. So you never give a ROOTLESS too much or too little water!

ROOTLESS succulents are grown in a pot and grow to the correct size. When the rosette of the plant is large enough, it is cut loose from the potting soil. A ROOTLESS can be an Echeveria, Aloe and Gasteria. Other names for ROOTLESS are cut succulent, cut plant, cut echeveria and cut succulent.

Beautiful, strong and easy to maintain:

Wax/powder layer on a Rootless Succulent

Of all the succulents (succulents) in the world, Echeverias, Pachyphytum and Dudleya mainly have a wax layer. The wax layer on an echeveria plant is a powder protective layer of the plant. It is the natural sunscreen of a succulent plant. A succulent plant can withstand both heat and cold. Each succulent has its own properties and characteristics, which means that the wax layer can differ per species. An Echeveria lilacina, for example, is a white Echeveria with a beautiful white wax layer. An Echeveria agavoides is a green Echeveria and has no wax coating at all.

Does a ROOTLESS succulent need water?

With a ROOTLESS you don't have to worry about watering. A ROOTLESS succulent can survive for a long time without water.

Have you had your plant a little longer? Because the ROOTLESS has no roots, watering is a little different than you might be used to. Place the succulent in a bowl of water for 30 minutes, so that the water can absorb well. You can then return the ROOTLESS succulent plant to its original location, or remove the water from the shell.

Top quality plants fresh from our Dutch growers!
Delivery in the European Union
Fresh delivery within 2-7 businessdays
Filter your products
We use cookies to personalize content and advertisements, to provide social media features and to analyze our website traffic. We also share information about your use of our site with our social media, advertising and analytics partners. These partners may combine this information with other information that you have provided to them or that they have collected based on your use of their services. You agree to our cookies by continuing to use our website. Hide this message More on cookies »