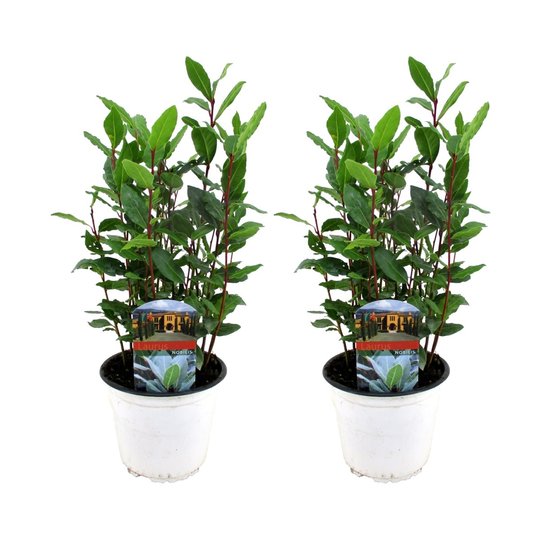 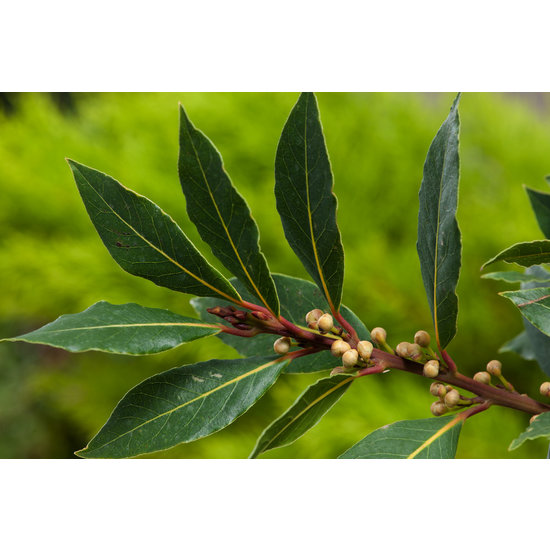 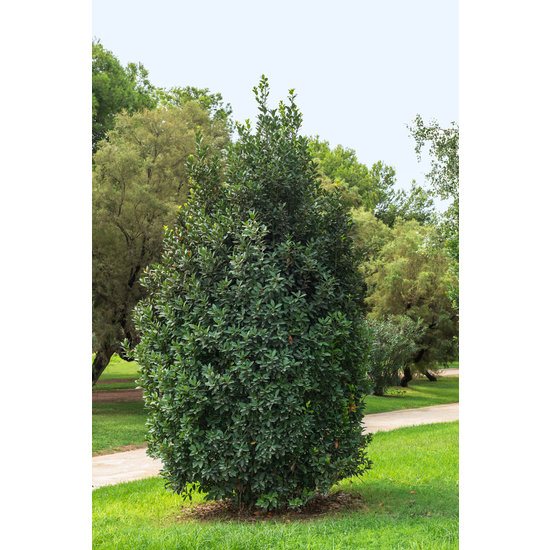 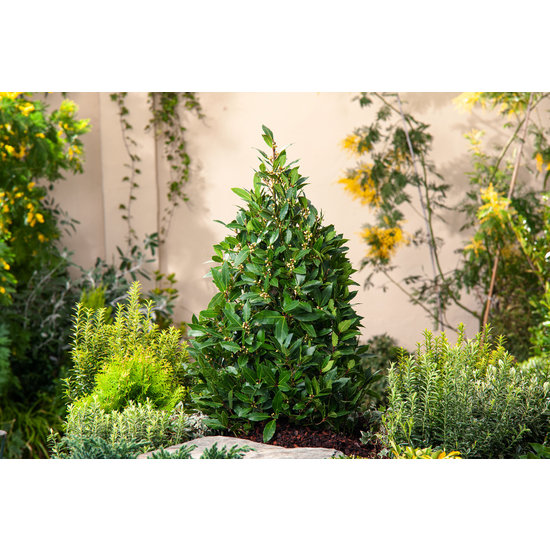 Laurus Nobilis originally comes from the Middle East. To the ancient Greeks, this plant was a symbol of wisdom and glory. The plant was often seen as a sign of victory. For this reason, Roman gods were often depicted with a laurel wreath on their heads. Nowadays, Laurus Nobilis grows in all countries around the Mediterranean Sea. The plant is mainly known for its smell. Besides being a good natural air freshener, the leaves are often used in numerous recipes. Laurus Nobilis blooms with white, star-shaped flowers during the summer. At the end of the summer, the plant produces round red fruits that later turn black.CareLaurus Nobilis prefers a place in full sun in well-drained soil. During the summer the plant needs a little water daily, in winter once a week is sufficient. Laurus is not winter hardy, therefore, it is recommended to let the plant hibernate from November to the end of April in a frost-free place.

Upon delivery, the plants have a height of 30 to 40cm (measured pot included). The plants are delivered in pots with a diameter of 14cm.

Reviews
average of 0 review(s) No reviews found
Read or write a review
Write a review
Didn't find what you're looking for?
Let us help!
Top quality plants fresh from our Dutch growers!
Delivery in the European Union
Fresh delivery within 2-7 businessdays
We use cookies to personalize content and advertisements, to provide social media features and to analyze our website traffic. We also share information about your use of our site with our social media, advertising and analytics partners. These partners may combine this information with other information that you have provided to them or that they have collected based on your use of their services. You agree to our cookies by continuing to use our website. Hide this message More on cookies »