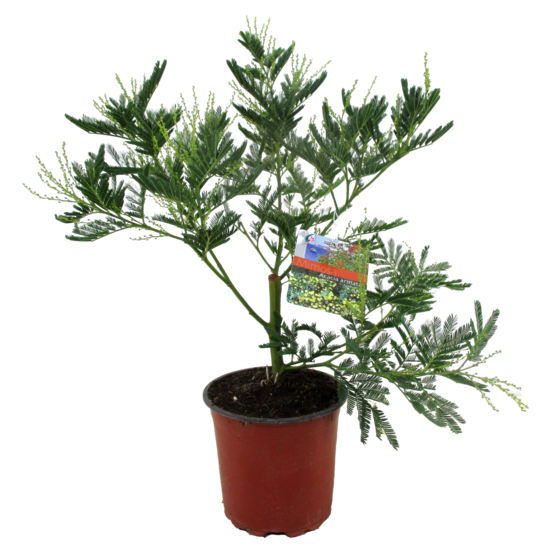 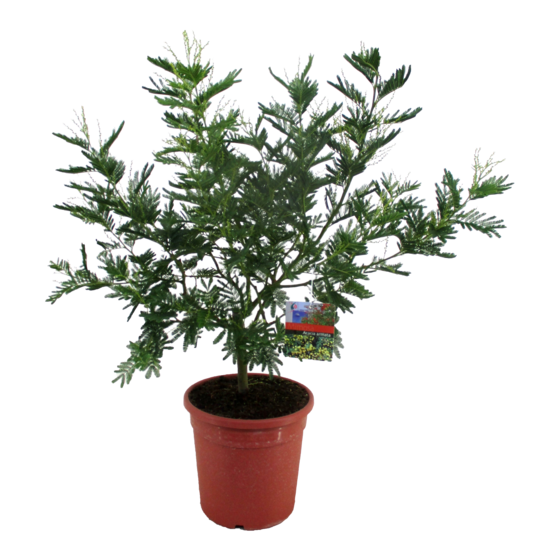 Add to wishlist
The Mimosa has its origins in Australia. In warm countries this plant can grow into a decent tree, but in the Netherlands it is too cold for that. In the Netherlands this plant does well as a houseplant.
Share this product
Ordered before sunday 22:00, shipped on monday.
International shipping
Special transport-resistant packaging.
Always fresh from our Dutch growers!
Customers rate FloraStore 9.3/10
Information

The Mimosa does not need to be watered often, but it is possible to remove the dust from the leaves.

The Mimosa likes to be in a lot of light, this can even be direct sunlight but let the plant get used to it gradually.

The Mimosa does not need much nutrition but if you think it can use it you can always.

The Mimosa is best repotted every other year as this plant grows fairly quickly. When repotting the plant, make sure it gets fresh potting soil.

The Mimosa pulls up its leaves every night because it then goes to 'sleep' so don't be afraid that something goes wrong with your plant. You may even hear a sound that is the rustling of the leaves.

The Mimosa is best kept up to date. Since this plant grows fairly quickly, it is not bad to prune it after flowering.

The Mimosa is non-toxic. Plantenvoeding Pokon Houseplants 500 ml
€4,99
Currently not in stock
Add to cart
Didn't find what you're looking for?
Let us help!
Top quality plants fresh from our Dutch growers!
Delivery in the European Union
Before 22:00, shipped next business day
By using our website, you agree to the usage of cookies to help us make this website better. Hide this message More on cookies »