From Central America, Xanthosoma sagittifolium ended up in West Africa via slave transport in the 17th century. There the plant was eaten a lot because of the starchy tuber and the leaves and the stems that are full of proteins and vitamins. The food crop is still popular in Cuba, Costa Rica, the Philippines and in Suriname. In these countries, the tuber is a basic ingredient of the casserole pom.

The novelty Xanthosoma sagittifolium Frozen Planet has another remarkable feature, an attack on the leaf reminiscent of a ripe layer, as if the leaf is frozen.

The care of the Xanthosoma Frozen Planet®

The plant must be in a light place, but not in the full sun. That can damage the blade. In the shade, the plant goes to look for the light and thus becomes crooked. The plant then only needs to be turned and it will grow straight again.

Water regularly, do not let it dry out, or leave it in a layer of water with the roots.

The Xanthosoma grows best at room temperature and not too close to the heating. The plant will dry out too quickly from too dry air.

And suddenly there was a solitary, but oh so beautiful, plant between Asia. A small cutting, but with a color stem that was so incredibly beautiful, that this must grow, and we had to know what this would be for planting.

We have seen this cuttings grow into a beautiful beautiful plant, which deserves an equally beautiful name, the Xanthosoma Frozen Planet® . The name is given because the stalks of the plant are so beautiful, with the appearance of dew, as if it had frozen and the whole planet was shrouded in a mist ... Frozen Planet®.

The Xanthosoma Frozen Planet® is 100% developed at our company by cuttings and propagating the mother plant.

What do we know about this plant so far?

Well, it is not certain if it is family of the Alocasia. As the plant grows, the leaf will let the old leaf hang, so that the new leaf gets a chance to develop. You can simply cut off the old magazine, that will not cause any problems. The new leaf will grow up and be larger than the previous leaves and so the plant will slowly grow bigger. 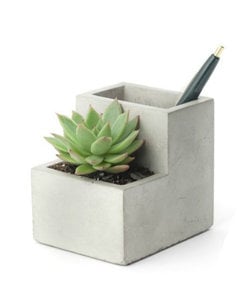