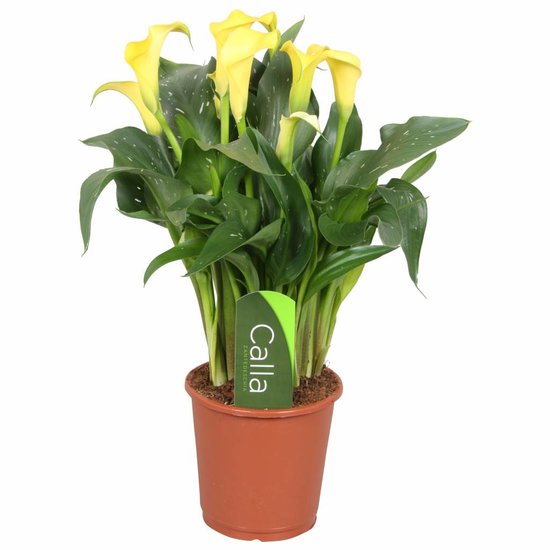 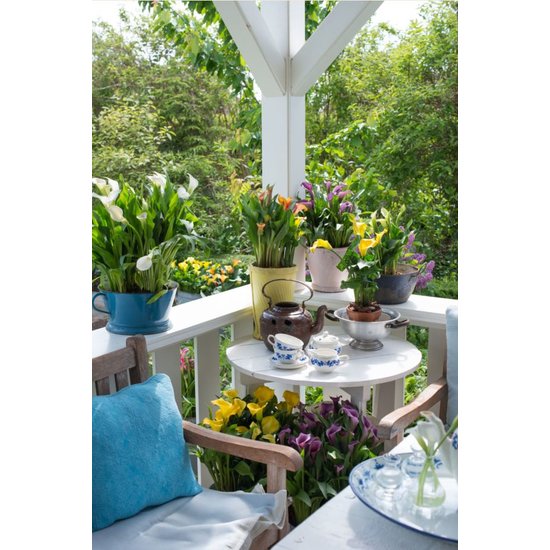 Add to wishlist
The Calla is perfectly suitable as a houseplant, but can also function well as a patio plant in the summer. Preferably in the shade on the terrace, but after getting used to the outdoor conditions, the Calla can also tolerate the sun.
Share this product
Delivery within 2-5 businessdays
International shipping
Special transport-resistant packaging.
Always fresh from our Dutch growers!
Customers rate FloraStore 9.3/10
Information

The Zantedeschia Calla is originally a South African marsh plant and comes from the Arum family (Araceae). This family consists of monocot plants. The flowers are collected on a fleshy spike, surrounded by a bract. This bract is often attractively colored.

The Calla was discovered in 1725 by the then European governor. He sent a number of specimens to Europe, where it has become a popular indoor and patio plant.

Calla is a marsh plant that anchors itself firmly in banks. The plant grows from South Africa to Malawi, often in places where rainwater runoff is impeded. This creates a brief swamp-like situation where Calla stores moisture in its bulbs. And they help him through the dry periods.

The tubers of the Callas come from California. These tubers are two years old and are potted in the nursery. The cultivation time depends on the variety and the period in which it is planted and varies between 10 and 16 weeks. The Calla is available during the period from February to December.

It does best in a light position with moist, well-drained soil. That means a good splash of water two to four times a week as long as the plant is flowering. No water should remain in the pot.

Zantedeschia Calla is an easy plant and gives flowering pleasure for weeks. 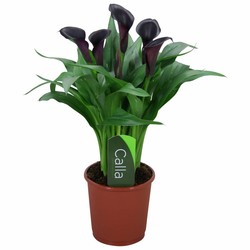 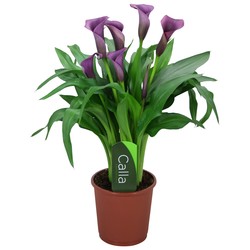 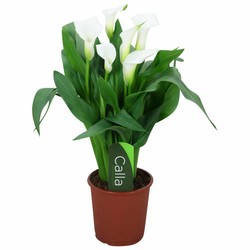 40 cm 13 cm
Zantedeschia Calla Chrystal Blush - white 5+ flowers - Arum
€12,75
Available
Add to cart
Didn't find what you're looking for?
Let us help!
Top quality plants fresh from our Dutch growers!
Delivery in the European Union
Fresh delivery within 2-7 businessdays
We use cookies to personalize content and advertisements, to provide social media features and to analyze our website traffic. We also share information about your use of our site with our social media, advertising and analytics partners. These partners may combine this information with other information that you have provided to them or that they have collected based on your use of their services. You agree to our cookies by continuing to use our website. Hide this message More on cookies »