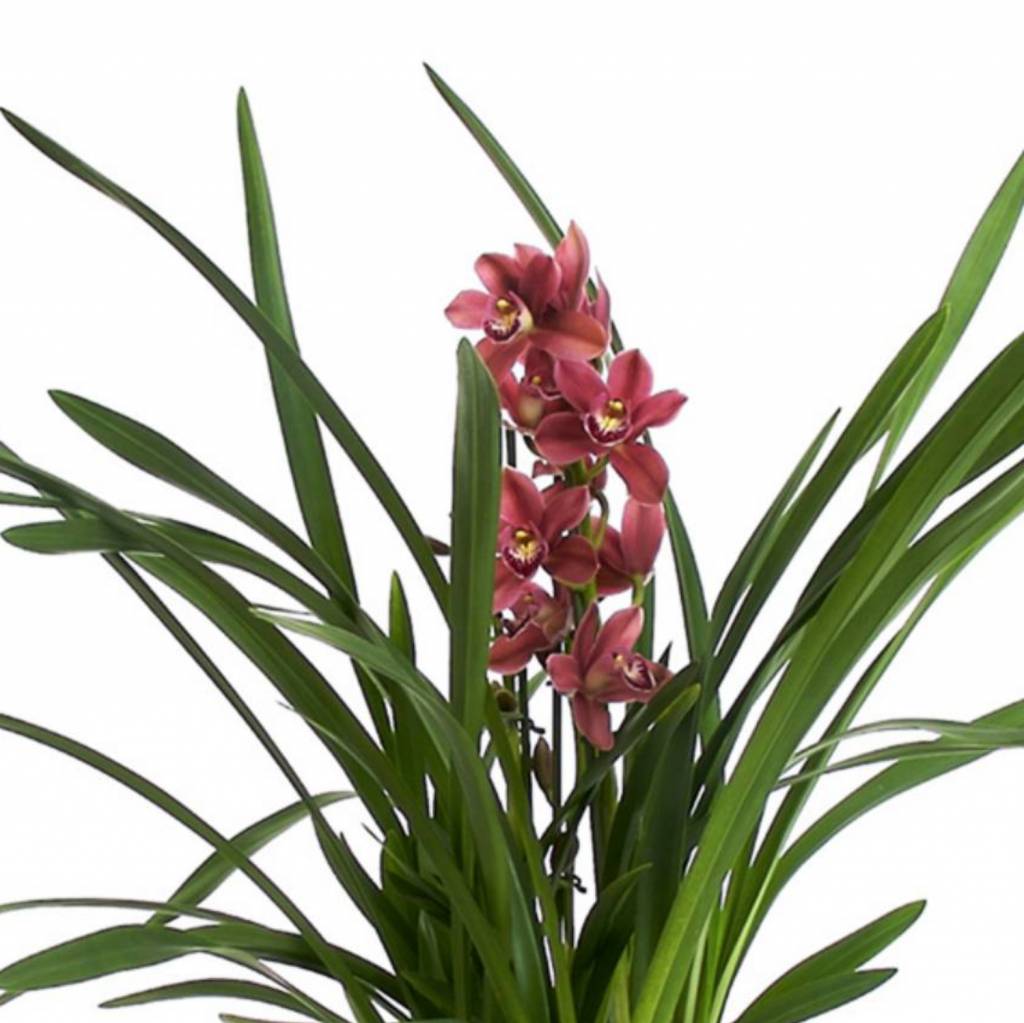 Most ancestors of today cymbidiums come from the forests of the Himalayas at an altitude of 1,200 to 2,800 meters. From the mountains in India last Asian cymbidium belt extends to China, Korea and Japan, to the warmer south. There are 44 botanical species.

Cymbidium growing both in the ground and in trees. Important hybrids were produced in European chateau gardens and were a hobby of the wealthy who like something special had been standing in the sun. Later, also made a lot of intersections in California, Australia and the Netherlands.

From 1985 is primarily underway varied potcymbidium production in the Netherlands. The potcymbidium is available from August until March at the better florists and garden centers.

At Cymbidium are minis and large-flowered and Cascade (pictured right) distinct species.

The Cymbidium has long, narrow leaves. The long flower stalks carry six or more flowers. The plant has at least one branch, but often more. The color spectrum of the Cymbidium runs from white, yellow, green, pink and red to brown. The older a plant is, the more branches it can give.

Cymbidium should not be too hot during the day. Possibly overblown plant outside in the summer can be a shady place. The temperature should at night does not fall below six degrees. Keep Cymbidium provide good water and give once every two waterings manure. In early September, the Cymbidium should be put in the home in a cool place.

Repot the Cymbidium preferably in the spring, when it begins to grow. Remove the pot and try to minimize damage roots. Rinse the roots thoroughly. Put the Cymbidium in a pot and fill it preferably with Orchids Ground. Make sure the soil is moist and add some fertilizer to direct. After repotting not pour a few days, so it can restore the Cymbidium.

For more information and inspiration on these and other Orchids You can take a look at www.orchidsinfo.eu .